If you have ever been to a county fair, you would have smelt the greasy hot dogs and corn dogs-my favorite. You would have also smelt the greasy, fried, overly large and dramatic churros covered in sugar. Can you hear the crunch? These Cinnamon and Sugar squares were inspired by the fair churro you might have had–and boy do they not disappoint. These delicious sugary squares go perfectly with vanilla ice cream, a tall glass of milk, or just by themselves.

Let’s talk about the crunch for a second.. Imagine biting into a fair churro and hearing that crunch of goodness as the fried dough melts in your mouth, and the sugar falls onto your shirt.

Are you imagining it?

Is your mouth watering yet?

You’re in luck if you’re salivating for one of those churros!

This cinnamon square recipe is crunchy and melts right into your tastes buds leaving behind a flavor you can’t resist.

What makes these the Best Cinnamon Sugar Squares?

I think I’ve explained it above, but gosh if you love churros, you will LOVE these cinnamon squares. Other than these dessert squares tasting like a fair churro and having a delightful crunch when you bite into them, they are super easy to make! You will have crunchy cinnamon sugar goodness in just about 30 minutes! You can also cut these as large or as small as you would like. It’s a customizable dessert– the baking time won’t change.

I used Athens Phyllo Dough; however, you can use any phyllo dough you like! If you don’t have ground cinnamon at home, but you have cinnamon sugar at home, that will work fine too. You might need to use more cinnamon sugar, though to get the same flavor as combining the two ingredients.

How to make Cinnamon Sugar Squares from Scratch.

You will be using a couple sheets of parchment paper and damp paper towels for this recipe, so have that handy. Before handling the phyllo dough, mix your cinnamon and sugar together to make the cinnamon sugar mixture.

Firstly, put parchment paper on the cutting board you will be using. This will help collect all the excess sugar and butter. It will also make it easy to transfer the phyllo dough to the baking sheet, when it’s ready for the oven.

Next, Place 2 pieces of phyllo dough on the parchment paper. Brush melted butter onto the phyllo dough. Brush lightly so as to not tear the dough. Phyllo dough is very delicate, so you will need to be gentle.  Sprinkle a generous amount of cinnamon sugar mixture on the melted butter.

Then, you will repeat this process until you have used all of the phyllo dough in the recipe (6 sheets).

Place a damp cloth over the squares to prevent dough from drying out. Transfer the entire cutting board to the fridge and let sit for 10 minutes. By doing this the butter will harden back up helping create that crunch.

Once the butter is done firming in the oven, remove the entire cutting board again, and cut your desired square size. You are not going to remove the squares from the parchment paper it is currently on, you will simply make your cuts and leave as it is. When the squares come out of the oven, they will be firm and very flaky. If cut into after baking, they will break apart and be a crumbly mess. Cutting the squares before baking ensures they will not break apart until you are able to enjoy them.

Baking the squares with a sheet pan on top for the first 10 minutes, helps the dough keep its shape without fluffing up too much. You still want the dough to stay relatively small in order to get that nice crunch when you might into it.

Bake for 10 minutes, remove the top baking sheet and parchment paper, then bake for another 5 minutes.

How long do these squares keep?

Cinnamon squares will last 1-2 weeks in an airtight container at room temperature.

Can I Freeze Cinnamon Squares?

I do not recommend freezing cinnamon sugar squares. They keep best in an airtight container at room temperature.

Make sure to tag me @raesbakeryblog on Instagram and comment below if you make these Lemon Crinkle Cookies. To pin this recipe and save it for later, you can use the button on the recipe card, the button above or below this post, or any photos above. 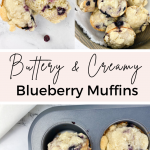 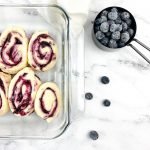 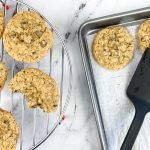 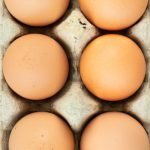